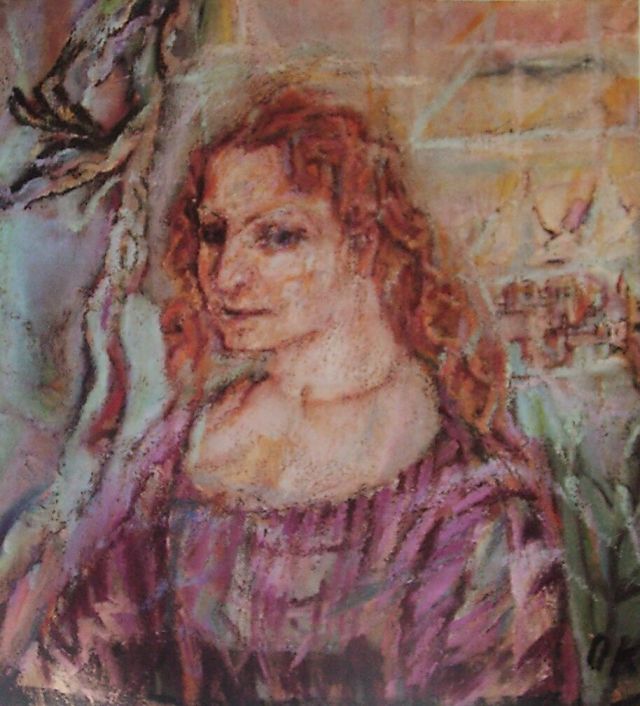 Oskar Kokoschka is one of the great lions of the expressionism movement, though his style arose out of his own artistic idiosyncrasies more than from his exposure to other artists of the period. His formal training was slap-dash and so his style flourished largely free of the “help” provided by the academics. Just as Kandinsky inspired the Blue Rider Group, so did Kokoschka inspire the “Oskar Kokoschka Bund.”  For his part, Oskar wasn’t really interested in being saddled with any group as he was too absorbed with lusting after, over, and on top of Alma Mahler.

Alma Mahler Gropius Werfel must have been something special. She managed to marry a top composer, architect, and novelist in succession while dangling affairs with a number of other great men in the meantime, poor Oskar among them. Apparently, almost no one blamed her for her behavior, seemingly accepting her promiscuity as her due. Her appeal was so broad that, should a time machine become available, I fully expect Kanye West to travel back to pre World War I Germany to take a shot.

Bride of the Wind is Kokoschka’s tribute to Alma, and might mark the beginning of her discomfort with their relationship. After several torrid years she dumped him over his obsessiveness.  She returned to the arms of architect Walter Gropius with whom she had enjoyed an affair earlier while married to Mahler, but before Oskar. (Following?) Oskar took all this very well, coming to terms with her desertion by enlisting in the army, getting shot in the head, being declared mentally ill by the army doctors, and paying someone to craft a life size doll of Alma Mahler for his personal use. (Following?) 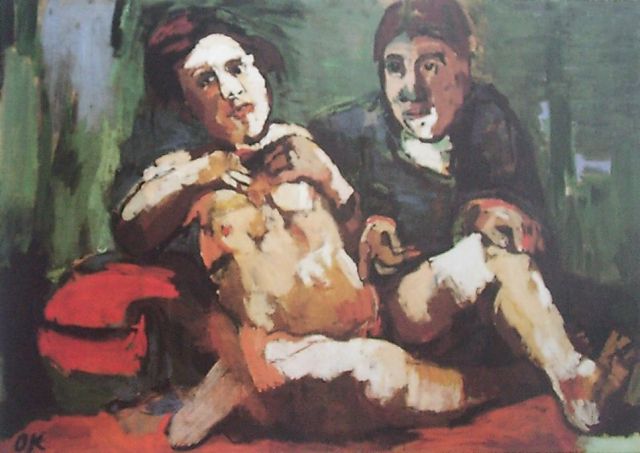 Despite these unpromising beginnings, Oskar somehow managed to get his sick shit together. He finagled a way to survive and flee the Nazis, be declared a degenerate artist under that regime (always a boost to prestige), make his way to England, marry, and enjoy a pretty comfortable professional career before snuffing it at the ripe old age of 94. Not bad for a crazy man with a bullet in his head. 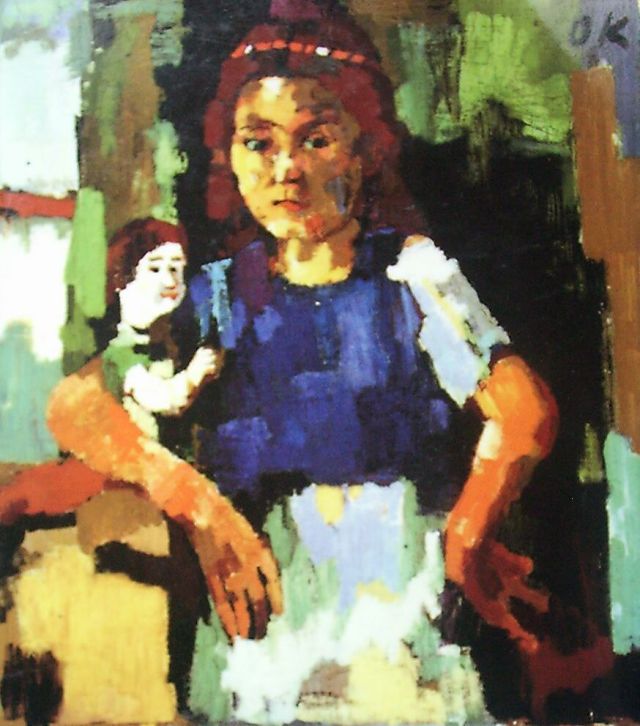